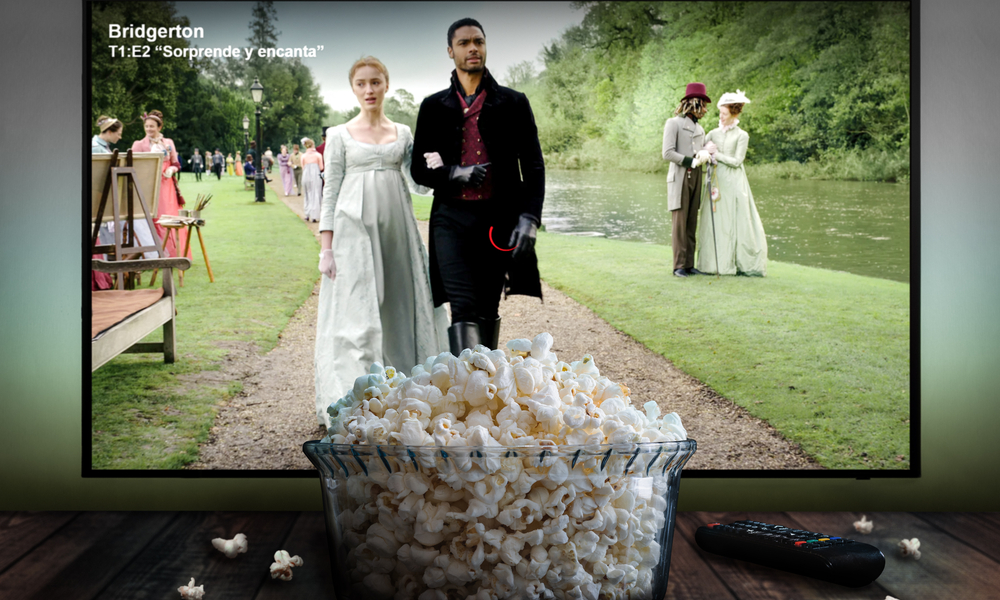 It would seem that there is a battle between streaming platforms, prime time television, and cable TV for the majority of audiences. Each week, we see the release of a must-watch show. Does that mean all of those shows are worth the hype? Here, we will help you to decide between some of the recent releases. In the epidemic period, you could do with a guide such as this more than before.

The latest Netflix show is popular and for good reason. This 8-episode-long mini-series promises to offer a different viewing experience, with Regency period drama, explicit scenes, and an inclusive crew of actors. All of those and more elements combine in Bridgerton to make its world both classic and wanton.

It is based on American author Julie Quinn’s best-sellers, as well as produced by Chris van Dusen and Shonda Rhimes. Dusen is also credited as the showrunner for Bridgerton. It is about 8 siblings from a fictional place called Bridgerton, plus their widowed mom. The Netflix show follows the lives of those characters as they navigate high society reminiscent of Regency-era England.

The first season of Bridgerton follows Daphne, who starts an uncertain relationship with the Duke of Hastings, Simon Basset.

The events in the fantasy show happen in the early 19th century. In the world of Bridgerton, King George III’s wife Queen Charlotte is a black character. Further, the series has a society where individuals of all ethnicity could flourish if they are born in the appropriate family.

Some viewers take exception to the novel diversity of Bridgerton. According to them, the black characters of the show typify more negativity, which creates tension with its white people. The show may not throw lights on why it is inclusive, but it is not fully color blind. That makes a little bit muddled message to the audience.

Anyhow, the show’s physical action compensates for what it may lack in an unambiguous messaging. The fancy intercourse and sexual relations in this Netflix series are enough to cause Pride and Prejudice’s George Wickham to blush. No wonder why many critics and other viewers describe it as a bodice-ripping series.

It may not be entertaining to the greatest magnitude, but they all find it entertaining enough. The politics, drama, court intrigue all work in the form of an overture to an explicitly good time. As for most, the elaborate character costumes coupled with graphic sex and high drama cause Bridgerton to be a fun watch. However, it is not a family-friendly series for the same reason. It might just be suitable for people who seek a whimsical trip full of corset-heavy coitus and Empire silhouettes in a regal drawing-room.

Humorist Fran Lebowitz may have been a popular person since the 1970s, but almost everyone aged below 35 years does not know who Lebowitz is. The sardonic wit, the unapologetic viewpoint about life in the form of a New York resident and acetic jabs of Lebowitz have all been slightly lost. That is because of the present sea of content burying voices that belong to an earlier time. Anyhow, fortunately for us, filmmaker Martin Scorsese helps us to understand a thing or two about who Fran Lebowitz is.

Scorsese may still be under some scrutiny for his critical comments on the Marvel Cinematic Universe and streaming platforms. However, with Netflix’s movie ‘The Irishman’, the masterful Marty came roaring back to remind us that he still belongs in the pantheon of great filmmakers. Pretend It’s A City may only be a footnote to what has been a stellar filmography.

The docuseries give Fran Lebowitz a modern platform of appreciation. With Martin Scorsese’s camera and a set of anecdotes, it lets the audience know why she is termed the modern-day Dorothy Parker.

New York may always be mutating, but Fran Lebowitz is one who does not change. In a metro where landmarks are transitory as a Times Square restaurant with a Guy Ramsay Fieri theme, Lebowitz is a lasting factor that we must measure change with. Unashamed and incorrigible, she represents a period before call-out culture forced people to be nice to others. She raves, rants, smokes, and talks enthusiastically and effusively about political stupidity. She lives without a care in the world.

What if this docuseries was released in another period and on a different platform? In that case, it would have been a little-watched product targeted at lifelong New York residents, Lebowitz’s enthusiasts, and those who are moving to the Eastern Seaboard.

In that situation, it might well have been doomed in the streaming content world. Anyhow, people are watching content greedily, thus offering youngsters a chance to be acceptors of Lebowitz’s beliefs.

Filmmaker Álex de la Iglesia’s HBO Europe show is frightening, to say the least. It is about paranormal events in a small Spanish town that is plagued by horrible figures that lurk behind all corners. The town mayor, local veterinarian, and former exorcist together fight the evil forces that gather here. Anyhow, the actual mystery in the series is about some coins, whose history is presented in the starting montage illustrating Jesus Christ’s demise in fear-inducing detail. Beyond the puzzles in 30 Monedas, the main mystery of it is the reason for its less popularity.

For horror buffs, 30 Monedas celebrate all sorts of nocturnal creatures. It is a journey into the Bible’s darker aspect, with enough violence and bloodshed to delight fans of the horror genre. Slightly outrageous and sometimes exaggerated with the carnage and creations of it, the series is entertaining for people who like blood-soaked drama.

Besides the blatant violence, it is the performances, the unique style of direction, and the writing that elevate the show. It has some flaws, such as the occasional melodrama like a Latin American television soap opera as well as the slight corniness. Despite that, the show does not disappoint fans who seek a sacrilegious experience. It is one for those who have more faith in the unknown than the Bible.

The History Of Swear Words

As the title implies, the Netflix show is a look at the etymology, history, and popular applications of expletives. Who else but Nicholas Cage to host it? The actor’s career is full of films with roles where he drops more F-bombs than other characters. If you have seen his outbursts in 2018’s Mandy, you would know Nicolas Cage’s range. It is unfortunate that the show just fails to match Cage’s own commitment to this material. It is fun in some parts but tonally jarring and rather unnecessary in others.